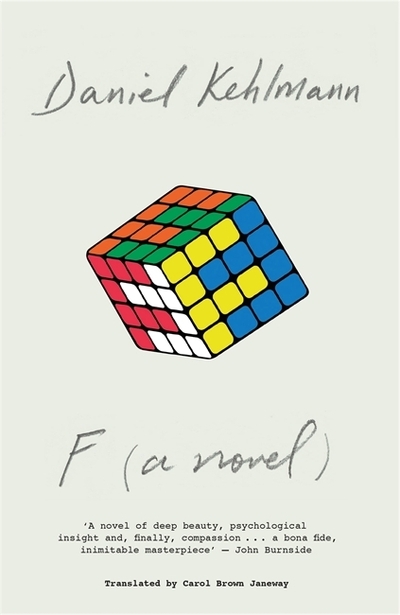 'A comic tour de force, a biting satire on the hypnotized world of artificial wants and needs that Huxley predicted, a moving study of brotherhood and family failure, F is an astonishing book, a work of deeply satisfying (and never merely clever) complexity' - John Burnside Artful and subversive, F tells the story of the Friedland family - fakers, all of them - and the day when the fate in which they don't quite believe catches up with them.
Having achieved nothing in life, Arthur Friedland is tricked on stage by a hypnotist and told to change everything. After he abandons his three young sons, they grow up to be a faithless priest, a broke financier and a forger. Each of them cultivates absence. One will be lost to it.
A novel about the game of fate and the fetters of family, F never stops questioning, exploring and teasing at every twist and turn of its Rubik's Cube-like narrative.
**Shortlisted for the Independent Foreign Fiction Prize 2015**