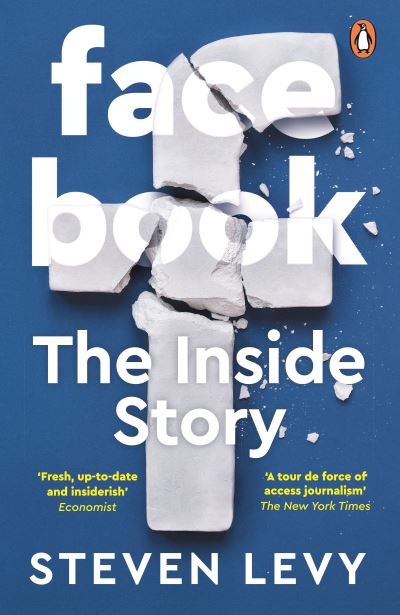 'The inside story of how Facebook went from idealism to scandal' Laurence Dodds, Telegraph

Today, Facebook is nearly unrecognizable from the simple website Zuckerberg's first built from his dorm room in his Sophomore year. It has grown into a tech giant, the largest social media platform and one of the biggest companies in the world, with a valuation of more than $576 billion and almost 3 billion users. There is no denying the power and omnipresence of Facebook in daily life. And in light of recent controversies surrounding election-influencing fake news accounts, the handling of its users' personal data and growing discontent with the actions of its founder and CEO, never has the company been more central to the national conversation.

Based on years of exclusive reporting and interviews with Facebook's key executives and employees, including Mark Zuckerberg and Sheryl Sandberg, Steven Levy's sweeping narrative digs deep into the whole story of the company that has changed the world and reaped the consequences.