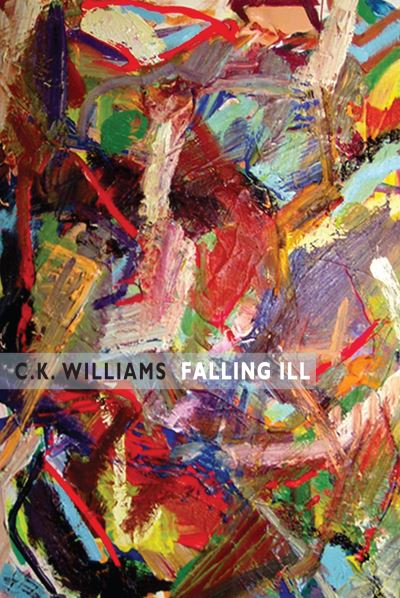 C.K. Williams (1936-2015) was the most challenging American poet of his generation, a shape-shifting poet of intense and searching originality who made lyric sense out of the often brutal realities of everyday life. His poems are startlingly intense anecdotes on love, death, secrets and wayward thought, examining the inner life in precise, daring language. Over the past half-century, he took upon himself the poet's task: to record with candour and ardour 'the burden of being alive'. In Falling Ill, his final volume of poems, he brought this task to its conclusion, bearing witness to a restless mind's encounter with the brute fact of the body's decay, the spirit's erasure. Written with unsparing lyricism and relentless discursive logic, these brave poems face unflinchingly 'the dreadful edge of a precipice' where a futureless future stares back at them. Urgent, unpunctuated, headlong, vertiginous, they race against time to trace the sinuous, startling twists and turns of consciousness. All is coming apart, taken away, except the brilliant art to describe it all as the end is coming. All along is the reassurance of love's close presence. Here are no easy resolutions, false consolations. Like unanswered prayers, they are poems of deep interrogation - a dialogue between the agonised 'I' in its harrowing here-and-nowness and the elusive 'you' of the beloved who flickers achingly just out of reach. C. K. William's Falling Ill will take its place among the enduring works of literature about death and departure.