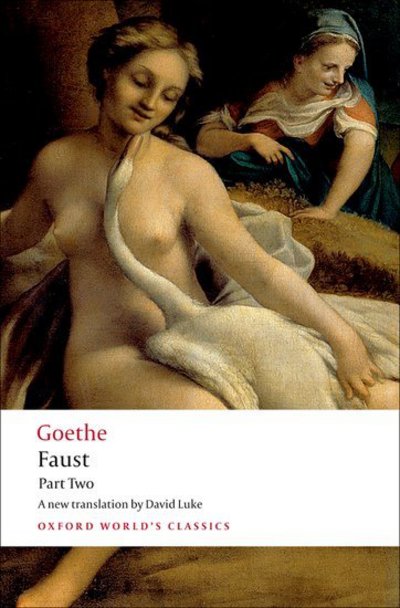 Loosely connected with Part One and the German legend of Faust, Part Two is a dramatic epic rather than a strictly constructed drama. It is conceived as an act of homage to classical Greek culture and inspired above all by the world of story-telling and myth at the heart of the Greek tradition, as well as owing some of its material to the Arabian Nights tales. The restless and ruthless hero, advised by his cynical demon-companion Mephistopheles, visits classical Greece i search of the beautiful Helen of Troy. Returning to modern times, he seeks to crown his career by gaining control of the elements, and at his death is carried up into the unkown regions, still in pursuit of the `Eternal Feminine'. David Luke's translation of Part One won the European Poetry Translation Prize. Here he again imitates the varied verse-forms of the original, and provides a highly readable - and actable - translation, supported by an introduction, full notes, and an index of classical mythology. ABOUT THE SERIES: For over 100 years Oxford World's Classics has made available the widest range of literature from around the globe. Each affordable volume reflects Oxford's commitment to scholarship, providing the most accurate text plus a wealth of other valuable features, including expert introductions by leading authorities, helpful notes to clarify the text, up-to-date bibliographies for further study, and much more.