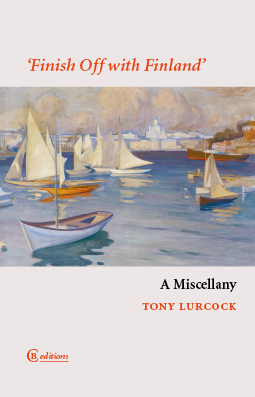 Finish Off with Finland

For over two centuries, Finland has been inspiring, delighting, baffling, and terrifying British visitors and writers. This volume collects a remarkable array of Finnish-British encounters and adventures in both countries - including the perils of Finnish horses in the nineteenth century and Finnish drivers in the twentieth, Sibelius' and Mannerheim's repeated visits to England, several daunting (and sometimes life-threatening) crossings of the border with Russia, the challenges of dentistry in the wilds of 1950s Lapland, and the inevitably awkward collisions of traditional British sensibilities with traditional Finnish sauna culture. Several accounts are included from British visitors who lived and worked for months or years in Finland, providing deeper and more nuanced observations of periods ranging from the tense, austere postwar years to the turn of the millennium. The long historical perspective shows how experiences and perceptions have changed - or, sometimes, persisted - on perennial themes such as Finnish education, the Kalevala, and the sauna. A selection of English poems about Finland completes the collection.