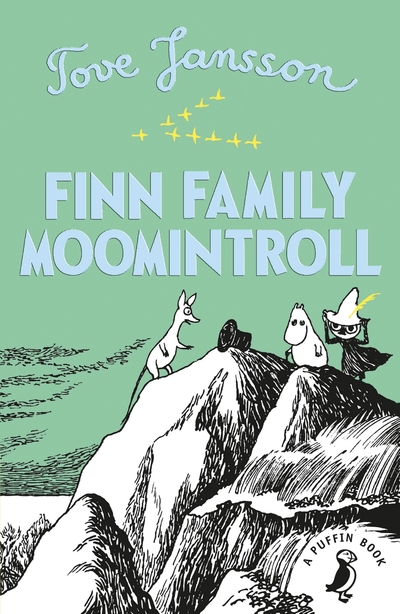 Soon to be MOOMINVALLEY, a MAJOR ANIMATED SERIES on SKY ONE starring Taron Egerton and Rosamund Pike!

Poor little chap! He had been turned into a very strange animal indeed . . .

Although they're small, fat and shy creatures, Moomins have the most amazing adventures. It all begins when Moominpappa tries on a magic hat that makes exciting and funny things happen . . .

Finn Family Moomintroll is the best-loved book in the cult classic Moomin series by Tove Jansson. A must-read for both children and adults.

Tove Jansson was born in Finland in 1914. She began her career as a cartoonist and went on to write and illustrate many books for adults and children. She drew her first Moomin in the 1930s, just for fun, and in 1945 he became a character in a children's story. Tove became world-famous for her Moomin books, which began with The Moomins and the Great Flood, closely followed by Comet in Moominland and Finn Family Moomintroll.

Tove Jansson received many prestigious awards during her lifetime, including the international Hans Christian Andersen Medal. She died in 2001, aged 87.