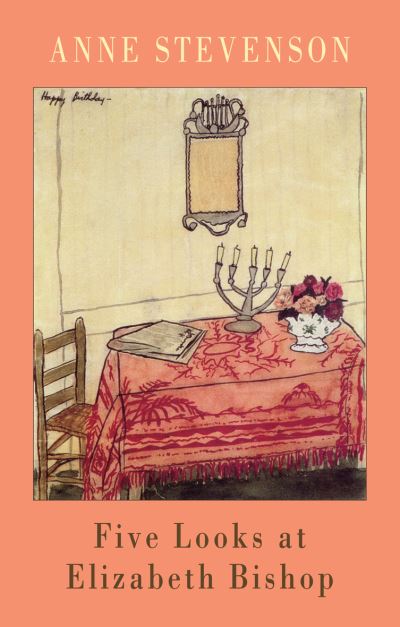 Elizabeth Bishop is one of the greatest and most influential American poets of the 20th century. First published in hardback in 1998, "Five Looks at Elizabeth Bishop" is a highly illuminating reader's guide written by another leading poet, which makes full use of the letters Elizabeth Bishop wrote to Anne Stevenson from Brazil in the 1960s. Anne Stevenson is a major American and British poet who has published many books of poetry, including her "Poems 1955-2005" in 2005. Her other books include "Bitter Fame: A Life of Sylvia Plath" (1989), the first critical study of "Elizabeth Bishop" (1966), and a book of essays, "Between the Iceberg and the Ship" (1998). Each of her five chapters looks at a different aspect of Bishop's art. "In the Waiting Room" links her life-long search for self-placement to her unsettled childhood. "Time's Andromeda" shows how a youthful fascination with 17th-century baroque art ripened, in the 1930s, into a unique brand of metaphysical surrealism. "Living with the Animals" considers ways in which Bishop, like Walt Whitman, deserted the literary mode of the fable to give autonomy and authority to natural creatures. Two final chapters focus on the poet's Darwinian acceptance of evolutionary change and her steady look at the 'geographical mirror' that in her later work replaced the figure of the looking-glass as an emblem of imagination. "Five Looks at Elizabeth Bishop" represents a view of her work Bishop herself would have recognised and approved. A chronology and a set of maps serve as practical guides to the poet's life and travels.