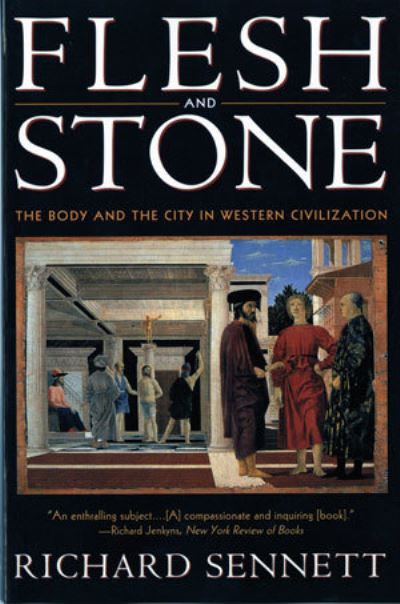 Flesh and Stone is the story of the deepest parts of life-how women and men moved in public and private spaces, what they saw and heard, the smells that assailed them, where they ate, how they dressed, the mores of bathing and of making love-all in the architecture of stone and space from ancient Athens to modern New York.

Early in Flesh and Stone, Richard Sennett probes the ways in which the ancient Athenians experienced nakedness, and the relation of nakedness to the shape of the ancient city, its troubled politics, and the inequalities between men and women. The story then moves to Rome in the time of the Emperor Hadrian, exploring Roman beliefs in the geometrical perfection of the body.

The second part of the book examines how Christian beliefs about the body related to the Christian city-the Venetian ghetto, cloisters, and markets in Paris. The final part of Flesh and Stone deals with what happened to urban space as modern scientific understanding of the body cut free from pagan and Christian beliefs. Flesh and Stone makes sense of our constantly evolving urban living spaces, helping us to build a common home for the increased diversity of bodies that make up the modern city.