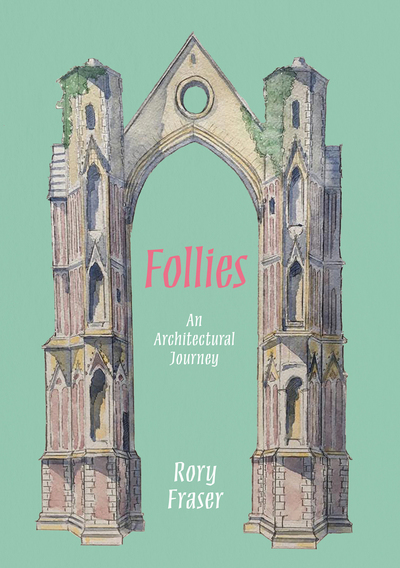 'a colourful and enjoyable read... welcome escapism from today's troubling times' THE RIBA JOURNAL *** Follies: An Architectural Journey is an illustrated travel account of Rory Fraser's journey painting England's follies the summer after leaving university. From towering monastic ruins to the modern 'man cave', Fraser introduces us to an architectural cabinet of curios including treasonous renaissance symbols, lavish banqueting houses, temples to lost loves, Chinese pagodas, nuclear bunkers and the 'Taj Mahal of Gloucestershire'. The characters behind these buildings jostle across the pages: medieval visionaries, gunpowder plotters, The Rolling Stones and The Hellfire Club, as well as designers Wren, Vanbrugh, Kent, 'Capability' Brown and Repton - and their often zany patrons. Fraser's philosophy is that follies, though often marginalised, serve as focal points for architecture, landscape and literature. As such, they create a series of portals through which to understand the periods in which they were built, providing an alternative lens through which to track and celebrate the English character, culture and love of individualism. Fraser's exquisite sketches, both visual and verbal, seek not only to record these hidden wonders, but treasure them, bringing them to life.