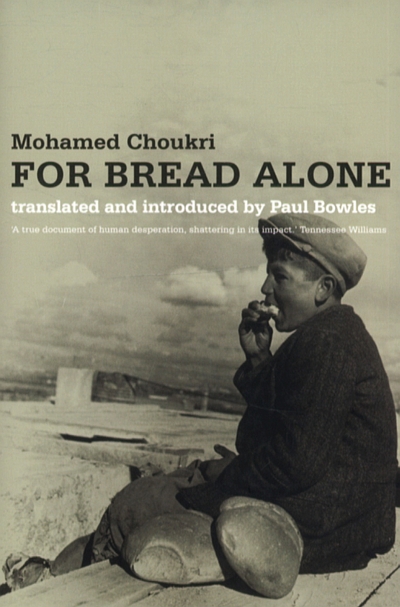 Driven by famine from their home in the Rif, Mohamed's family walks to Tangiers in search of a better life. But things are no better there. Eight of Mohamed's siblings die of malnutrition and neglect, and one is killed by Mohamed's father in a fit of rage. On moving to another province Mohamed learns how to charm and steal, and discovers the joys of drugs, sex and alcohol. Proud, insolent and afraid of no-one, Mohamed returns to Tangiers, where he is caught up in the violence of the 1952 independence riots. During a short spell in a filthy Moroccan jail, a fellow inmate kindles Mohamed's life-altering love of literature. A cult classic, For Bread Alone is an astonishing tale of human resilience and an unflinching and searing portrait of the early life of one of the Arab world's most important and widely read authors.