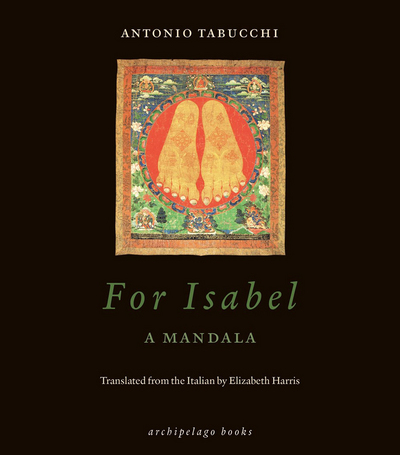 For Isabel: A Mandala

Isabel disappeared many years ago. Tadeus Slowacki, a dead Polish writer, has returned to Lisbon from a star in order to learn the truth about her. Rumors abound: Isabel died in prison under Salazar’s regime, or perhaps was never arrested at all. As Tadeus interviews one old acquaintance of hers after the next, a chameleon-like portrait of a young, ideological woman emerges, ultimately bringing Tadeus on a metaphysical journey across continents and through time. Constructed in the form of a mandala, For Isabel is the spiraling search for an enigma, an investigation into time and existence, the power of words, and the limits of the senses. In this posthumous work, Tabucchi creates an ingenious narrative, a whimsical, cosmic detective novel tracing circles around a lost woman and the ultimate inaccessible truth.