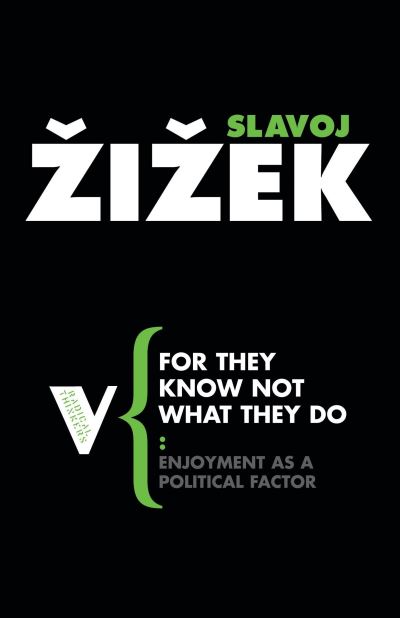 For They Know Not What They Do

Psychoanalysis is less merciful than Christianity. Where God the Father forgives our ignorance, psychoanalysis holds out no such hope. Ignorance is not a sufficient ground for forgiveness since it masks enjoyment; an enjoyment which erupts in those black holes in our symbolic universe that escape the Father's prohibition.

Today, with the disintegration of state socialism, we are witnessing this eruption of enjoymnet in the re-emergence of aggressive nationalism and racism. With the lid of repression lifted, the desires that have emerged are far from democratic. To explain this apparent paradox, says Slavoj i ek, socialist critical thought must turn to psychoanalysis.

For They Know Not What They Do seeks to understand the status of enjoyment within ideological discourse, from Hegel through Lacan to these political and ideological deadlocks. The author's own enjoyment of "popular culture" makes this an engaging and lucid exposition, in which Hegel joins hands with Rossellini, Marx with Hitchcock, Lacan with Frankenstein, high theory with Hollywood melodrama.