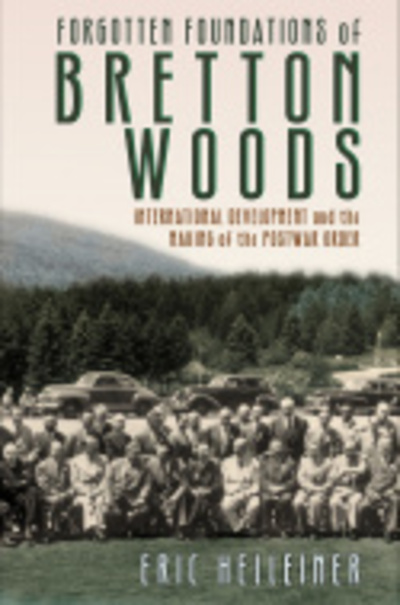 Eric Helleiner's new book provides a powerful corrective to conventional accounts of the negotiations at Bretton Woods, New Hampshire, in 1944. These negotiations resulted in the creation of the International Monetary Fund and the World Bank-the key international financial institutions of the postwar global economic order. Critics of Bretton Woods have argued that its architects devoted little attention to international development issues or the concerns of poorer countries. On the basis of extensive historical research and access to new archival sources, Helleiner challenges these assumptions, providing a major reinterpretation that will interest all those concerned with the politics and history of the global economy, North-South relations, and international development. The Bretton Woods architects-who included many officials and analysts from poorer regions of the world-discussed innovative proposals that anticipated more contemporary debates about how to reconcile the existing liberal global economic order with the development aspirations of emerging powers such as India, China, and Brazil. Alongside the much-studied Anglo-American relationship was an overlooked but pioneering North-South dialogue. Helleiner's unconventional history brings to light not only these forgotten foundations of the Bretton Woods system but also their subsequent neglect after World War II.