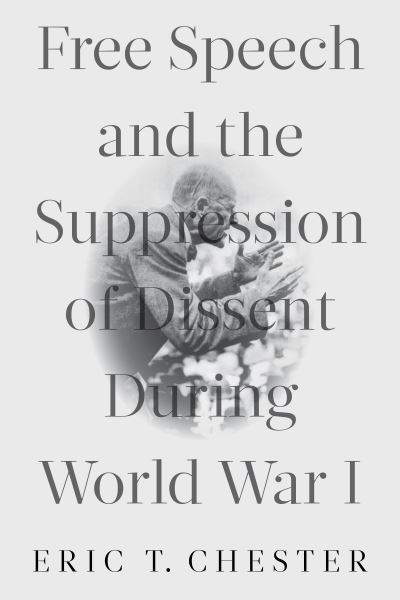 Free Speech and the Suppression of Dissent During World War I

World War I, given all the rousing "Over-There" songs and in-the-trenches films it inspired, was, at its outset, surprisingly unpopular with the American public. As opposition increased, Woodrow Wilson's presidential administration became intent on stifling antiwar dissent. In his absorbing new book, Eric Chester reveals that out of this turmoil came a heated public discussion on the theory of civil liberties-the basic freedoms that are, theoretically, untouchable by any of the three branches of the U.S. government. The famous "clear and present danger" argument of Supreme Court Justice Oliver Wendell Holmes, and the "balance of conflicting interest" theory of law professor Zechariah Chafee, for example, evolved to provide a rationale for courts to act as a limited restraint on autocratic actions of the government. But Chester goes further, to examine an alternative theory: civil liberties exist as absolute rights, rather than being dependent on the specific circumstances of each case. Over the years, the debate about the right to dissent has intensified and become more necessary. This fascinating book explains why, a century after the First World War-and in the era of Trump-we need to know about this.