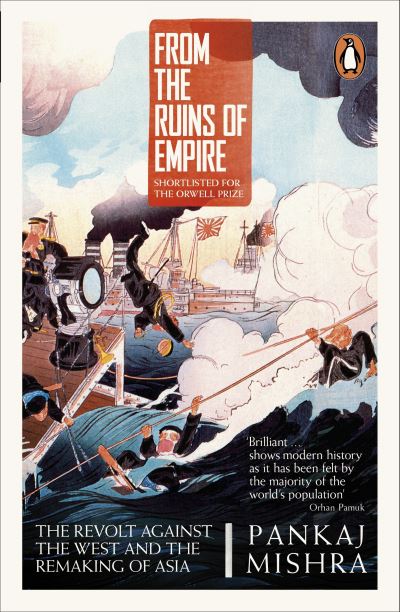 From the Ruins of Empire

Pankaj Mishra's provocative account of how China, India and the Muslim World are remaking the world in their own image - shortlisted for the Orwell Prize 2013

SHORTLISTED FOR THE ORWELL PRIZE 2013

Viewed in the West as a time of self-confident progress, the Victorian period was experienced by Asians as a catastrophe. As the British gunned down the last heirs to the Mughal Empire or burned down the Summer Palace in Beijing, it was clear that for Asia to recover a new way of thinking was needed. Pankaj Mishra re-tells the history of the past two centuries, showing how a remarkable, disparate group of thinkers, journalists, radicals and charismatics emerged from the ruins of empire to create an unstoppable Asian renaissance, one whose ideas lie behind everything from the Chinese Communist Party to the Muslim Brotherhood, and have made our world what it is today.

'Arrestingly original ... this penetrating and disquieting book should be on the reading list of anybody who wants to understand where we are today' John Gray, Independent

Pankaj Mishra is the author of Butter Chicken in Ludiana, The Romantics, An End to Suffering and Temptations of the West. He writes principally for the Guardian, The New York Times, London Review of Books and New York Review of Books. He lives in London, Shimla and New York.