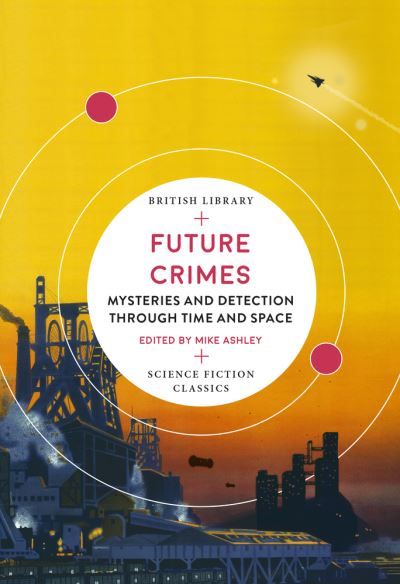 "Detective Patrolman McClane watched the two-man space station spin into view, a shining disc against the black backdrop... Waiting for the airlock to fill, he though bitterly of his situation-promotion due and he had to get a job like this..." Telepaths, time machines and alien encounters collide with the crime and mystery genre in this new collection exploring the space where detective stories and science fiction meet. To reflect the broad spectrum of this crossover genre Mike Ashley has selected ten of its most ingenious mysteries spanning the decades from 1912 to 1972. These are stories of AI acting against programming, locked-room murders in the confines of spacecraft and cases pitching the police against psychic perpetrators, penned by some of the greatest writers of crime and science fiction including P. D. James, Anthony Boucher, Isaac Asimov and Miriam Allen deFord.