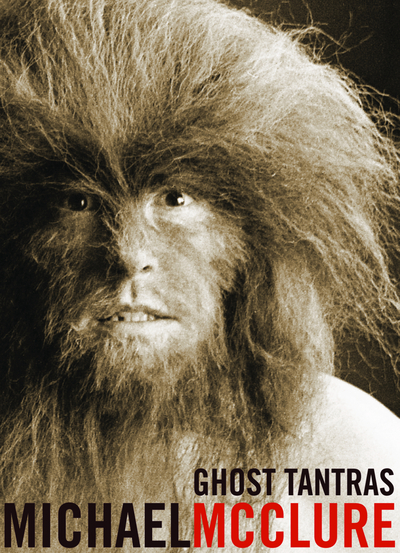 Praise for Michael McClure: "Michael McClure shares a place with the great William Blake, with the visionary Shelley, with the passionate D.H. Lawrence."--Robert Creeley "McClure's poetry is a blob of protoplasmic energy."--Allen Ginsberg "Without McClure's roar there would have been no Sixties."--Dennis Hopper Michael McClure is a living legend. One of the poets who participated in the famous Six Gallery reading that featured the public debut of Allen Ginsberg's landmark poem Howl, he was immortalized by Jack Kerouac in his novel Big Sur. A central figure of the Beat Generation, McClure collaborated with Wallace Berman and Bruce Conner and was later associated with San Francisco's psychedelic counterculture. Originally self-published in 1964 and long out of print, Ghost Tantras is one of McClure's signature works, a book mostly written in "beast language." A mix of lyrical, guttural, and laryngeal sound, lion roars, and a touch of detonated dada, this is one of his best-known but least available books, a deep well from which decades of poetry have drawn. McClure's inspiration has always been the animal consciousness that still lives in mankind, and he has had a consistent message: "When a man does not admit that he is an animal, he is less than an animal." Ghost Tantras is his original and singular manifesto for a poetry that relies not on images and pictures, but on muscular, sensual, energetic sound. Michael McClure has received numerous awards and continues to reach new audiences through his poetry, plays, and performance.