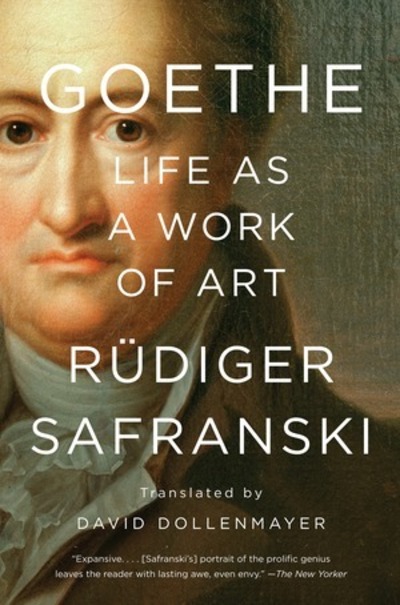 Goethe: Life as a Work of Art

Here, Rudiger Safranski sets his sights on the writer considered the Shakespeare of German literature. Goethe (1749-1832) awakened a burgeoning German nation and the European continent with his electrifying novel The Sorrows of Young Werther. Safranski scoured Goethe's oeuvre, relying on primary sources as well as his correspondence with contemporaries and their comments to one another, to produce an illuminating portrait of the avatar of the Romantic era. Set against the cultural and political turmoil of Europe in the late eighteenth and early nineteenth centuries, Goethe, who intersected with almost every great figure of his age, is thrillingly re-created here. As Safranski shows, Goethe's greatest creation, even in comparison to his masterpiece Faust, was his own life.