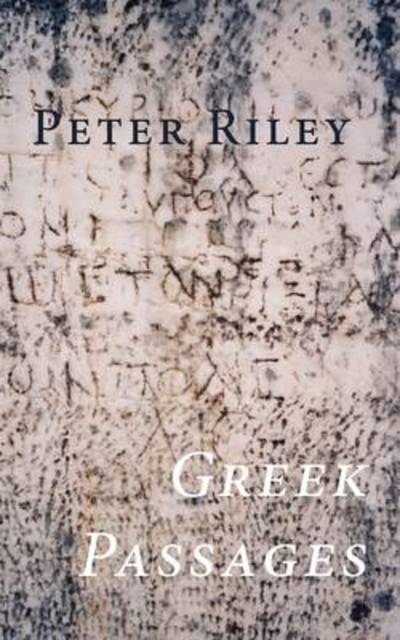 "Greek Passages" is a set of 105 prose-poems derived from four sojourns in Greece, mostly in the vicinity of Argos and thus at the hub of early Greek power. The structure is entirely diurnal, building each poem from the day's events, so that cognizance of monumental historical figures and events infiltrate from outside into notes of fauna, ruins, the news, books about Greece or not, American music listened to, pleasant dinners, dreams of northern England etcetera. Two shorter stays on the west coast of the Peloponnese furnish beginning and ending sections of a gentler, more lyrical cast, and there are interruptive excursions, mostly to the remains of cities and wars. Everywhere what is presented to the eyes is the starting-point for a poetical process creating lenses in location and sense. Greece is not elsewhere, it is there at the bottom of the garden; we speak it every day, and its stories are meshed into our meanings. The very words we use echo the passage of populations from east to west and back across Greece, entwined with further movements between Africa and the North ...These things impinge centrally on rhapsodies of distance and peace.