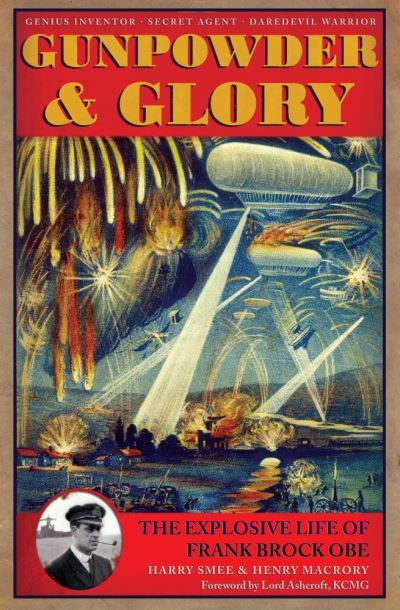 Picture a daredevil combatant, secret agent and brilliant inventor all rolled into one. Such a man was pyrotechnical genius Frank Brock, a scion of the famous firework family and one of Britain's great, unsung heroes. A remarkable combination of James Bond and 'Q', Frank was killed in action one hundred years ago. His story has never been told before, yet he made an extraordinary contribution to the British war effort between 1914 and 1918, saving thousands of lives. Frank could easily have been the template for 007. A heavyweight boxer, rugby player and brilliant shot, he uniquely held commissions in all three branches of the armed services - army, navy and air force - during the First World War. As an inventor he ended Germany's dream of air supremacy with his pioneering Brock Bullet. A year later he helped prevent German domination of the Channel by inventing giant flares which lit up the sea at night and forced U-boats into deep mine fields. It did not end there. As a secret agent he dashed to France on his wedding day, rowed across a lake into enemy territory, and prepared the ground for the world's first strategic bombing raid - ordered by Winston Churchill - on a Zeppelin base in southern Germany. Later, as a combatant, he played a leading role in one of the war's most daring naval raids - a raid only made possible because of the artificial fog heinvented to mask the attacking vessels. Gunpowder and Glory tells more than Frank's remarkable story of invention and derring-do. Woven into the narrative is the dazzling history of Brock's Fireworks, the world-famous firm started by Frank's five-times great-grandfather, and which he was being groomed to run.