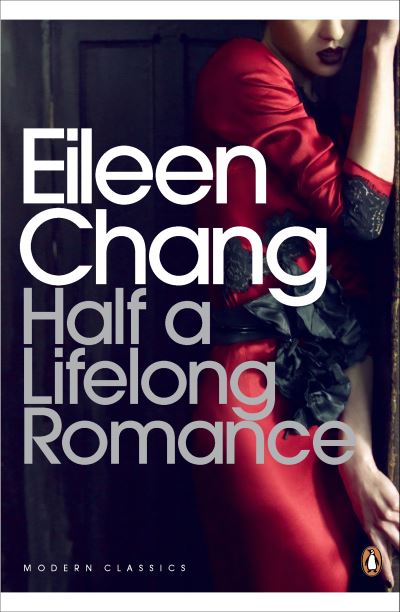 Half a Lifelong Romance

From one of twentieth-century China's greatest writers and the author of Lust, Caution, this is an unforgettable story of a love affair set in 1930s Shanghai.

Manzhen is a young worker in a Shanghai factory, where she meets Shijun, the son of wealthy merchants. Despite family complications, they fall in love and begin to dream of a shared life together - until circumstances force them apart. When they are reunited after a separation of many years, can they start their relationship again? Or is it destined to be the romance of only half a lifetime? This affectionate and captivating novel tells the moving story of an enduring love affair, and offers a fascinating window onto Chinese life in the first half of the twentieth century.

Eileen Chang was born in Shanghai in 1920. She studied literature at the University of Hong Kong but returned to Shanghai in 1941 during the Japanese occupation, where she established her reputation as a literary star. She moved to America in 1955 and died in Los Angeles in 1995.

Karen S. Kingsbury taught and studied in Chinese-speaking cities for nearly two decades, and currently lives in Pennsylvania, USA. She has translated Love in a Fallen City for Penguin Classics, as well as other essays and stories by Chang.

'A giant of modern Chinese literature' The New York Times

'Chang's world is a stark and mysterious place where people strive to find their way in love but often fail under the pressures of family, tradition, and reputation' New Yorker