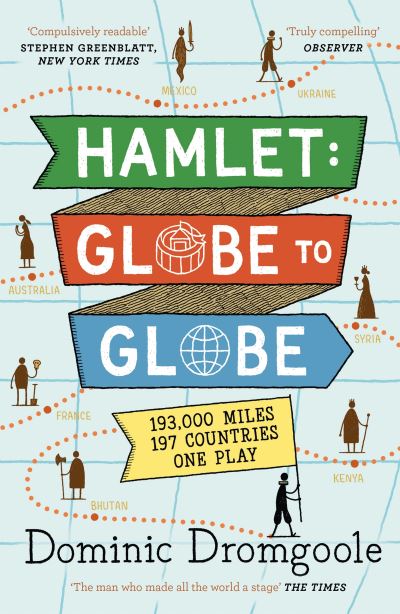 Over two full years, Dromgoole, the Artistic Director of the Shakespeare's Globe Theatre, and the Globe players toured all seven continents, and almost 200 countries, performing the Bard's most famous play. They set their stage in sprawling refugee camps, grand Baltic palaces and heaving marketplaces - despite food poisoning in Mexico, an Ebola epidemic in West Africa and political upheaval in Ukraine.

Hamlet: Globe to Globe tells the story of this unprecedented theatrical adventure, in which Dromgoole shows us the world through the prism of Shakespeare's universal drama, and asks how a 400-year-old tragedy can bring the world closer together.