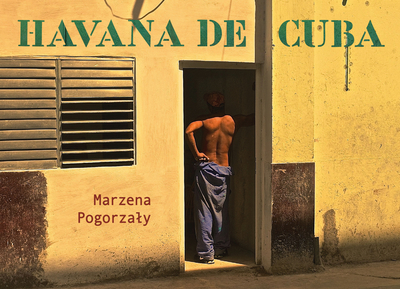 Marzena Pogorzaly made two trips to Havana. There, she walked the streets of Havana Vieja and El Centro, the old districts, trying to capture the melancholy beauty and decay of the city, and its inhabitants. Pogorzaly's calmly gorgeous images are not directly concerned with politics, but as someone who grew up in pre-Solidarity Poland, she combines mature scepticism about communist regimes with due respect for some of its achievements. As she explains in her introduction: `Some of it was familiar. I was born, and grew up, behind the Iron Curtain. I immediately felt at home with the way The System worked, or rather the way it did not. But where the palette of my homeland was dull, drab and irredeemably monochrome, here I found a vivid treasure chest of visual epiphanies"' Her chief care is for people, either viewed directly or by means of the traces they leave: posters of Che Guevara, neglected chairs, rickety old American cars. Her photographs are entirely without sentimentality but rich in that tradition of humanism which sees the deeper qualities that unite us with strangers, as well as the surface differences that divide us. Her Cubans are not pathetic victims of a dictatorship but a handsome, vital, proud and resourceful people.