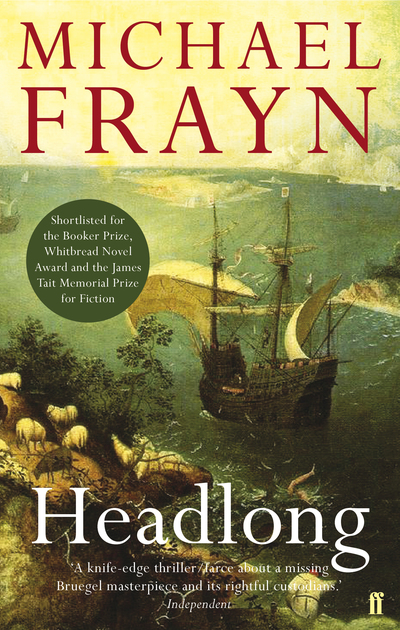 Shortlisted for the Man Booker Prize Headlong begins when Martin Clay, a young would-be art historian, believes he has discovered a missing masterpiece. The owner of the painting is oblivious to its potential and asks Martin to help him sell it, leaving Martin with the chance of a lifetime: if he could only separate the painter from its owner, he would be able to perform a great public service, to make his professional reputation, perhaps even rather a lot of money as well. But is the painting really what Martin believes it to be? As Martin is drawn further into this moral and intellectual labyrinth, events start to spiral out of control . . . Shortlisted for the Man Booker Prize, Whitbread Novel Award and the James Tait Black Memorial Prize for fiction, Headlong is an ingeniously comic thriller that follows a young philosophy lectuerer's obsessive race through the art world in search of an elusive masterpiece. Michael Frayn's other novels include Spies, which won the Whitbread Best Novel award, and Skios, which was longlisted for the Booker Prize.