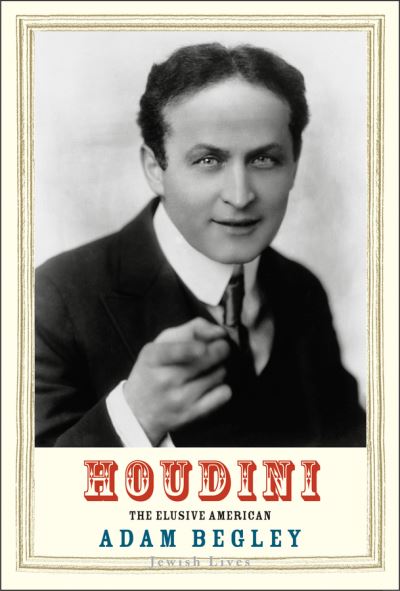 From the prizewinning Jewish Lives series, an exuberant biography of the world's greatest escape artist

In 1916, the war in Europe having prevented a tour abroad, Harry Houdini wrote a film treatment for a rollicking motion picture. Though the movie was never made, its title, "The Marvelous Adventures of Houdini: The Justly Celebrated Elusive American," provides a succinct summary of the Master Mystifier's life.

Born Erik Weisz in Budapest in 1874, Houdini grew up an impoverished Jewish immigrant in the Midwest and became world-famous thanks to talent, industry, and ferocious determination. He concealed as a matter of temperament and professional ethics the secrets of his sensational success. Nobody knows how Houdini performed some of his dazzling, death-defying tricks, and nobody knows, finally, why he felt compelled to punish and imprison himself over and over again. Tracking the restless Houdini's wide-ranging exploits, acclaimed biographer Adam Begley tells the story of a mystifying man's astonishing career.