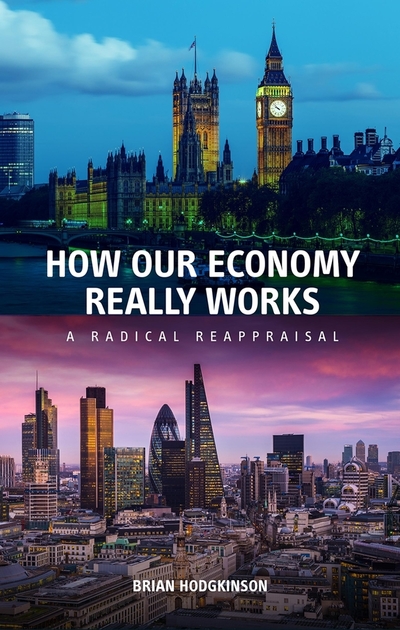 How our Economy Really Works

Why are so many trapped in poverty, when others are grossly well-off? Why are house prices continuously rising faster than inflation? Why do people so often find themselves in jobs that give them little sense of fulfilment? Why is a multi-national coffee shop franchise not actually making its money from coffee. These questions have confronted the UK economy for decades without resolution by governments of the right or left. It is the failure of economics, the author argues. Economists have long asserted that three factors of production, land, labour and capital, lie at the root of their subject. Yet in the development of the subject into theories and practical applications there has been a thorough analysis of labour and capital but a grievous omission of the factor of land. This is reflected in the minimal place it holds in modern textbooks, in popular discussion and political debate. Much of the argument about major issues, like industrial policy, the distribution of wealth and income and government policy reverts to a polarised struggle between two antagonists, labour and capital. The third factor, land, hides in the background unacknowledged yet exerting a major influence on the outcome of the whole economic process. What needs to change, the author argues, are deeply embedded features, which have generally been established for a very long time. They are principally the taxation system, the land tenure system, and the banking system. Review copies and media publicity is being sought as the subject matter of the book is very topical - the general recognition that the system isn't working for all.