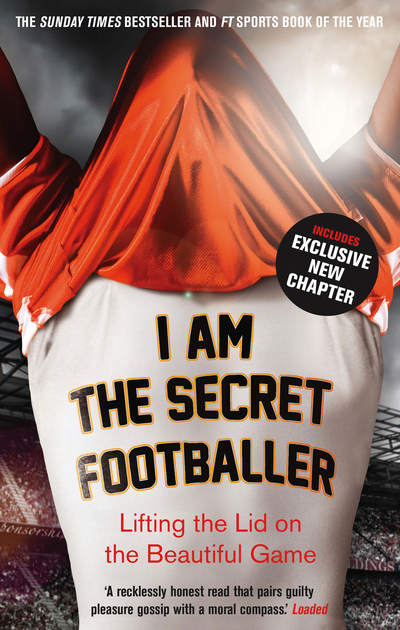 I Am The Secret Footballer

This updated edition of the bestselling and wildly popular I Am the Secret Footballer features a new introduction and an additional chapter. The anonymous writer of the Guardian's 'Secret Footballer' column gives Premier League fans an insider's look into the unseen world of professional football. 'It is often said that 95% of what happens in football takes place behind closed doors. Many of these stories I shouldn't be telling you. But I will.' Who is The Secret Footballer? Only a few people know the true identity of the man inside the game. Whoever he is-and whatever team he plays for - TSF is always honest, fearless and opinionated. Here he takes readers past the locker-room door and reveals the inner workings of a professional club, the exhilarating highs and crushing lows, and what it's really like to do the job most of us can only dream of doing. TFS chronicles the exploits of his Premiership colleagues with a gimlet eye and frank humour. Managers, agents and players are not spared from his observations - their mindsets, their relationships with those outside the sport, their behaviour good and bad. In his inimitable style, TSF recounts entertaining and eyebrow-raising vignettes, naming names and dropping colourful details along the way.