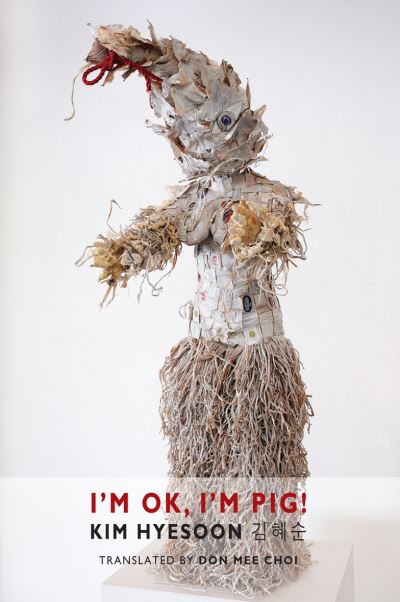 Kim Hyesoon is one of South Korea's most important contemporary poets. She began publishing in 1979 and was one of the first few women in South Korea to be published in Munhak kwa jisong (Literature and Intellect), one of two key journals which championed the intellectual and literary movement against the US-backed military dictatorships of Park Chung Hee and Chun Doo Hwan in the 1970s and 80s. Don Mee Choi writes: 'Kim's poetry goes beyond the expectations of established aesthetics and traditional "female poetry" (yoryusi), which is characterised by its passive, refined language. In her experimental work she explores women's multiple and simultaneous existence as grandmothers, mothers, and daughters in the context of Korea's highly patriarchal society, a nation that is still under neo-colonial rule by the US. Kim's poetics are rooted in her attempt to resist conventional literary forms and language long defined by men in Korea. According to Kim, "women poets oppose and resist their conditions, using unconventional forms of language because their resistance has led them to a language that is unreal, surreal, and even fantastical. The language of women's poetry is internal, yet defiant and revolutionary".'