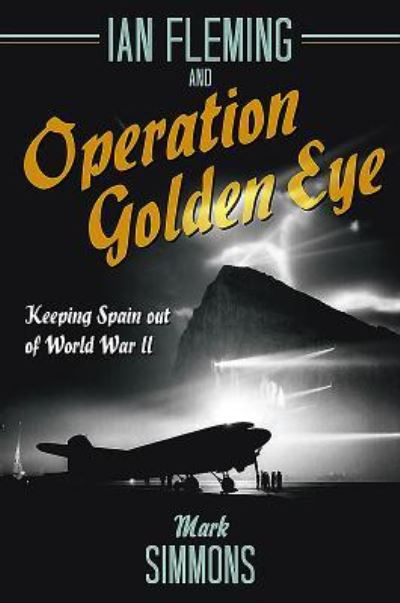 This book tells the story of the various Allied operations and schemes instigated to keep Spain and Portugal out of WWII, which included the widespread bribery of high ranking Spanish officials and the duplicity of Admiral Wilhelm Canaris, head of the Abwehr. Ian Fleming and Alan Hillgarth were the architects of Operation Golden Eye, the sabotage and disruption scheme that would be put in place had Germany invaded Spain. Fleming visited the Iberian Peninsula and Tangiers several times during the war, arguably his greatest achievement in WWII and the closest he came to being a real secret agent. It was these visits which supplied much of the background material for his fiction - Fleming even called his home on Jamaica where he created 007 'Goldeneye'. The book begins with Hitler's dilemma about which way to move, and his meeting with Francisco Franco at Hendaye in October 1940, a major turning point in the war when an alliance between Germany and Spain seemed possible. Simmons explores the British reaction to this, with Operation Tracer being created by Admiral Godfrey, head of Naval Intelligence. This was a plan to leave a listening and observation post buried in the Rock of Gibraltar should it have fallen to the Germans. A chapter is also devoted to Portugal - the SIS and SOE operations there and the vital Wolfram wars. Operation Golden Eye was eventually put on standby in 1943 as the risk of the Nazis occupying Spain was much reduced. Simmons consulted Foreign Office, SOE, CIA and OKW files when writing this book.