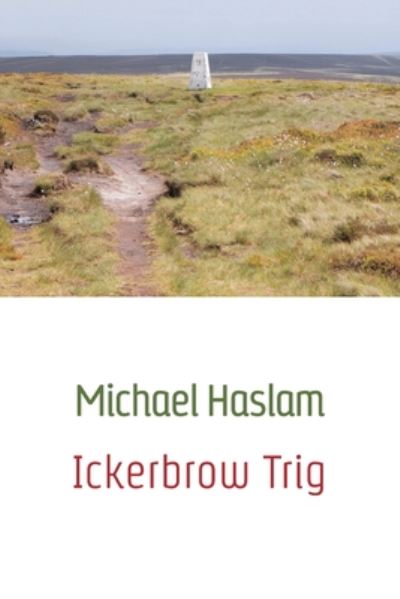 Ickerbrow Trig, the book, is simply a collection of poems written since A Cure for Woodness. As for the book's title, it's simply the remnant of a bonnet-bee and an exhausted pun. As a topographical feature, it exists, un-named as such on any map, though Ickerbrow is better known to followers of the Ordnance Survey as High Brown Knoll [it's the knoll that's turned the brow brown]. "In Michael Haslam we have a genuine major poet of the north of England" -David Wheatley, The Literary Review, on Scaplings "On each of these pages Michael Haslam sets out (on foot) into the world immediately confronting him, and gathers from it the words, experience, memories, percepts... that he needs to form a poetry of rich texture. He does this singingly, so that the words echo each other and form queues, and with the sharpest awareness of all the bright play offered by language when it is opened up, when it faces its own history. The accumulation, constantly seeking closer particulars and further connections, welcomes dialect and science, the meanings of place names, star jelly and deoxyribonucleic acid, as necessary terms of the song, which is finally the song of where he is, which is the Calder Valley, West Yorkshire, and the world, the absolute gained by loving attention to the particular." -Peter Riley