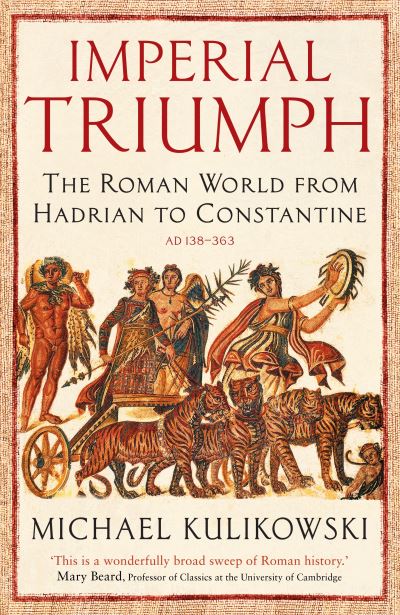 Imperial Triumph presents the history of Rome at the height of its imperial power. Beginning with the reign of Hadrian in Rome and ending with the death of Julian the Apostate on campaign in Persia, it offers an intimate account of the twists and often deadly turns of imperial politics in which successive emperors rose and fell with sometimes bewildering rapidity. Yet, despite this volatility, the Romans were able to see off successive attacks by Parthians, Germans, Persians and Goths and to extend and entrench their position as masters of Europe and the Mediterranean. This books shows how they managed to do it. Professor Michael Kulikowski describes the empire's cultural integration in the second century, the political crises of the third when Rome's Mediterranean world became subject to the larger forces of Eurasian history, and the remaking of Roman imperial institutions in the fourth century under Constantine and his son Constantius II. The Constantinian revolution, Professor Kulikowski argues, was the pivot on which imperial fortunes turned - and the beginning of the parting of ways between the eastern and western empires. This sweeping account of one of the world's greatest empires at its magnificent peak is incisive, authoritative and utterly gripping.