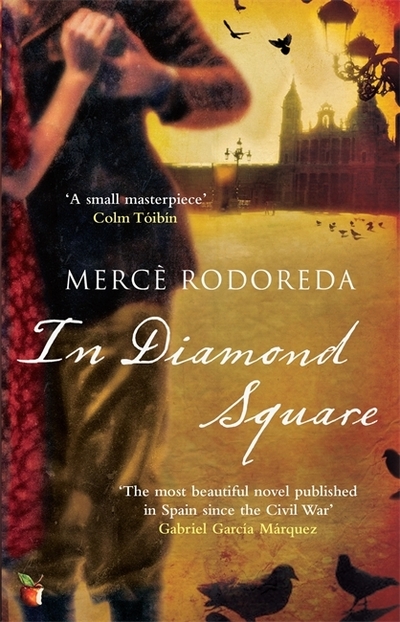 'I don't know how many times I have reread the book, including several times in Catalan, with such effort that speaks volumes to my devotion to the novel' Gabriel Garcia Marquez

First published in 1962 as 'La Placa del Diamant', this is considered the most important Catalan novel of all time. This is a new English translation. It has previously been published in English as The Time of the Doves.

Barcelona, early 1930s: Natalia, a pretty shop-girl from the working-class quarter of Gracia, is hesitant when a stranger asks her to dance at the fiesta in Diamond Square. But Joe is charming and forceful, and she takes his hand.

They marry and soon have two children; for Natalia it is an awakening, both good and bad. When Joe decides to breed pigeons, the birds delight his son and daughter - and infuriate his wife. Then the Spanish Civil War erupts, and lays waste to the city and to their simple existence. Natalia remains in Barcelona, struggling to feed her family, while Joe goes to fight the fascists, and one by one his beloved birds fly away.

A highly acclaimed classic that has been translated into more twenty-eight languages, In Diamond Square is the moving, vivid and powerful story of a woman caught up in a convulsive period of history.

'An extremely moving love story translated from the Catalan, which reveals much about the Spanish civil war as ordinary, non-political people had to live it' Diana Athill

'Go along with Natalia on her night out and you'll soon find you'd follow her anywhere. Rodoreda's writing pays such fierce and tender attention to the experience of being alive, and the tempest that ordinary life can be' Helen Oyeyemi