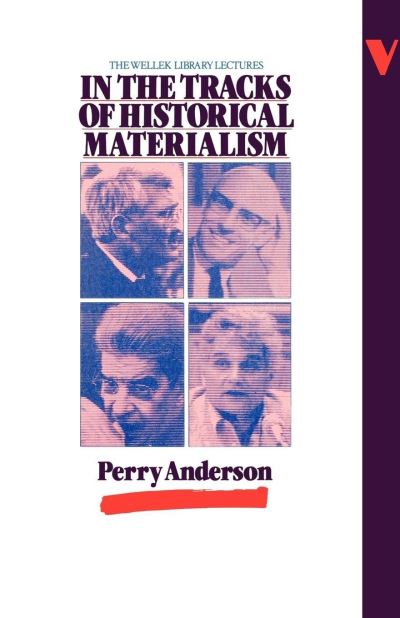 In the Tracks of Historical Materialism

What have been the major changes in the intellectual landscape of the left since the mid seventies? Have they on balance represented an emancipation or a retreat for socialist culture as a whole? In the Tracks of Historical Materialism looks at some of the paradoxes in the evolution of Marxist thought in this period. It starts by considering the remarkable and variegated growth of historical materialism in the Anglo-American world, spreading across a broad field from history to economics, politics to literature, sociology to philosophy. By contrast, the same years have seen a drastic recession of Marxist influences in the Latin cultures where it was traditionally strong-France or Italy. Its main theoretical challengers there proved to be successive forms of structuralism and post-structuralism. The common coordinates of these-tracing the outer bounds of the work of Levi-Strauss or Lacan, Foucault or Derrida-are surveyed and criticized, in the light of the inherent limitations of the language model from which they derived. In Germany, on the other hand, the theoretical scene has been largely dominated by the accumulating work of Habermas, with its roots in the Frankfurt School. Yet Habermas's philosophy also reveals unexpected affinities with the trend of prevalent Parisian concerns, in its unifying emphasis on communication-while at the same time diverging from them in the constancy of its political commitments. The historical background of international class struggles against which these variant fates of Marxism in the west were played out is then explored, with special attention to the interconnection between the destinies of Maoism and Eurocommunism. What, finally, is the nature of the relationship between Marxism as a theory and socialism as a goal? A conclusion reviews the wider issues posed for the labour movement by the rise of the peace movement and the women's movement, and suggests a range of priorities for the further development of Marxist thought in the eighties.