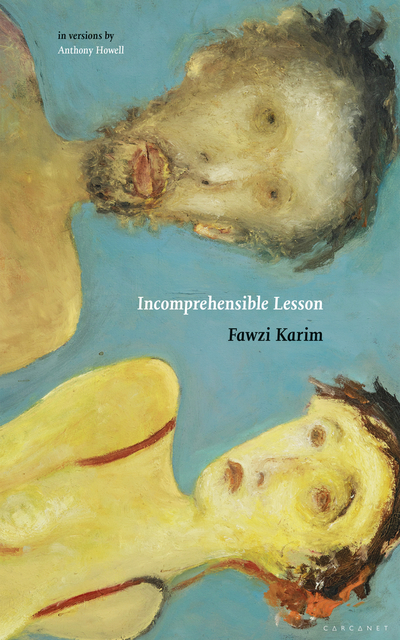 Fawzi Karim's poetry has been widely translated, among other languages into French, Swedish, Italian and English. Carcanet published Plague Lands and Other Poems (2011), which was a Poetry Book Society Recommendation. This new selection, translated by Anthony Howell working from the author's own versions, explores the experience of becoming at home in London, passing from a sense of exile to a sense of uneasy belonging. In his introduction the poet is tactful, candid, touching on some of the most urgent themes of our time including exile and the possibilities of home. Between the poet, a major literary presence in his language, and his translator, a poet of many talents and skills, a kind of dialogue exists. The accommodations between two traditions formally uneasy in one another's company is compelling to read. The poet's and the translator's contrasting memories meet and confer at the level of language and image.