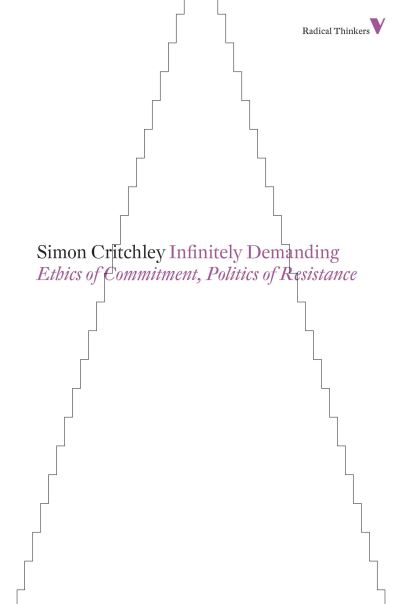 The clearest, boldest and most systematic statement of Simon Critchley's influential views on philosophy, ethics, and politics, Infinitely Demanding identifies a massive political disappointment at the heart of liberal democracy. Arguing that what is called for is an ethics of commitment that can inform a radical politics, Critchley considers the possibility of political subjectivity and action after Marx and Marxism, taking in the work of Kant, Levinas, Badiou and Lacan. Infinitely Demanding culminates in an argument for anarchism as an ethical practice and a remotivating means of political organization.