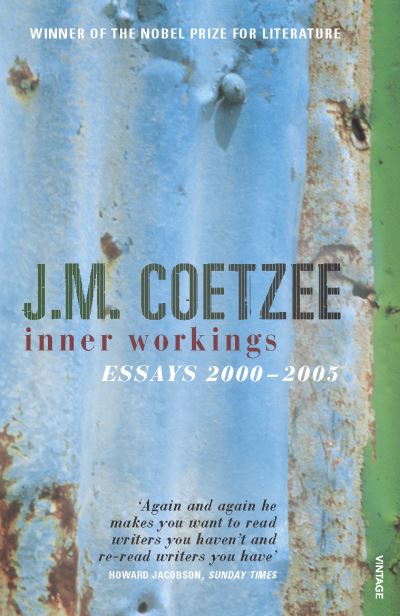 Following on from Stranger Shores, which contained J.M. Coetzee's essays from 1986 to 1999, Inner Workings gathers together his literary essays from 2000 to 2005.

Of the writers discussed in the first half of the book, several - Italo Svevo, Joseph Roth, Bruno Schulz, Sandor Marai - lived through the Austro-Hungarian fin de siecle and felt the influence of Schopenhauer, Nietzsche and Freud. Coetzee further explores the work of six of twentieth-century German literature's greatest writers: Robert Musil, Robert Walser, Walter Benjamin (the Arcades Project), Joseph Roth, Gunter Grass, W.G. Sebald, and the poet Paul Celan in his 'wrestlings with the German language'.

There is an essay on Graham Greene's Brighton Rock and on the short fiction of Samuel Beckett, a writer whom Coetzee has long admired. American literature is strongly represented from Walt Whitman, through William Faulkner, Saul Bellow and Arthur Miller to Philip Roth. Coetzee rounds off the collection with essays on three fellow Nobel laureates: Nadine Gordimer, Gabriel Garcia Marquez and V.S. Naipaul.