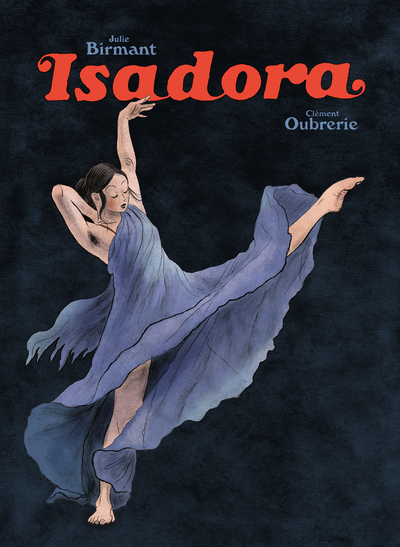 "There was never a place for [Isadora Duncan] in the ranks of the terrible, slow army of the cautious. She ran ahead, where there were no paths." - Dorothy Parker


In 1899, performing in the drawing rooms of London's elite, Isadora Duncan was already laying the foundations for modern dance. The 22-year-old's movements were visceral, free-flowing, and expressive; she performed barefoot. She shattered the conventions of traditional ballet and, in doing so, enchanted high society. A year later, in Paris, she met the sculptor Auguste Rodin, whose work proved a revelation, and the influential dancer Loie Fuller, whose support marked the beginning of a dazzling on-stage career.

In Isadora, Julie Birmant and Clement Oubrerie capture the astonishing life and scandalous times of the so-called "Mother of Modern Dance." This extraordinary graphic novel takes in her arrival in Europe, her rise to stardom and the development of a style of dance ? inspired by natural forms and Greek sculpture ? that would become her enduring legacy.