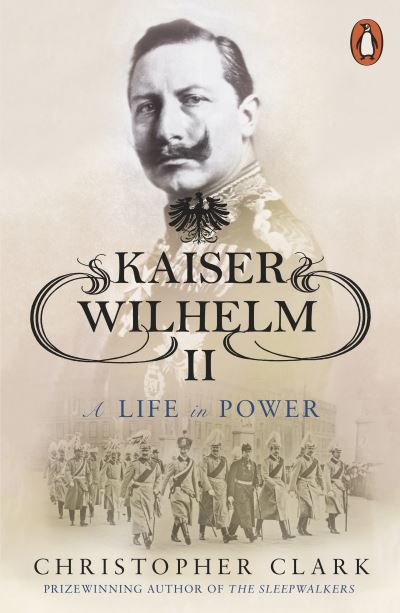 Christopher Clark's Kaiser Wilhelm II: A Life in Power is a short, fascinating and accessible biography of one of the 20th century's most important figures.

King of Prussia, German Emperor, war leader and defeated exile, Kaiser Wilhelm II was one of the most important - and most controversial - figures in the history of twentieth-century Europe. But how much power did he really have?
Christopher Clark, winner of the Wolfson prize for his history of Prussia, Iron Kingdom, follows Kaiser Wilhelm's political career from his youth at the Hohenzollern court through the turbulent decades of the Wilhelmine era into global war and the collapse of Germany in 1918, to his last days. He asks: what was his true role in the events that led to the outbreak of the First World War? What was the nature and extent of his control? What were his political goals and his success in achieving them? How did he project authority and exercise influence? And how did his people really view him?

Through original research, Clark presents a fresh new interpretation of this contentious figure, focusing on how his thirty-year reign from 1888 to 1918 affected Germany, and the rest of Europe, for years to come.

Christopher Clark is a lecturer in Modern European History at St Catharine's College, University of Cambridge. His book Iron Kingdom: The Rise and Downfall of Prussia 1600 to 1947 was the winner of the Wolfson Prize for History.