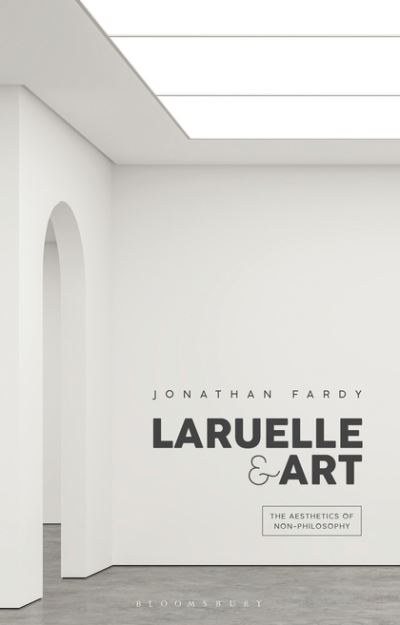 Francois Laruelle emerged from the hallowed generation of French postwar philosophers that included luminaries such as Jacques Derrida, Gilles Deleuze, Luce Irigaray, and Jean Baudrillard, yet his thinking differs radically from that of his better-known contemporaries. In Laruelle and Art, Jonathan Fardy provides the first academic monograph dedicated solely to Laruelle's unique contribution to aesthetic theory and specifically the 'non-philosophical' project he terms 'non-aesthetics'. This undertaking allows Laruelle to think about art outside the boundaries of standard philosophy, an approach that Fardy explicates through a series of case studies. By analysing the art of figures such as Julia Margaret Cameron, Anish Kapoor, Dan Flavin, and James Turrell as well as the drama of Michael Frayn, Fardy's new book enables new and experienced readers of Laruelle to understand how the philosopher's thinking can open up new vistas of art and criticism.