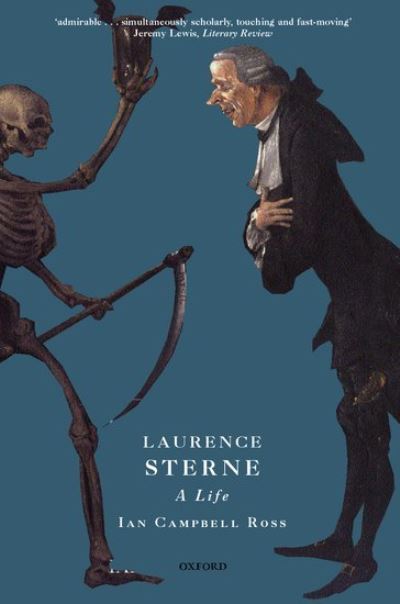 Laurence Sterne was in his mid-forties when the publication of Tristram Shandy catapulted him from obscurity into unprecedented literary fame. The story of how a provincial clergyman became the most fashionable writer of his day is extraordinary, and all the more remarkable for having been engineered by its subject. 'I wrote not to be fed, but to be famous', Laurence Sterne declared of his comic masterpiece, and in order to achieve his ambiton he became an assiduous networked, as astute a self-publicist as any modern author could hope to be. Shocked critics of Tristram Shandy denounced his bawdy novel as a scandal to the cloth but Sterne revelled in the celebrity his age's obsession with novelty and fashion allowed him. He at last found compensation for a life characterized by alternating moods of gaiety and gloom. Unhappily married to a woman who suffered a nervous breakdown and at one time believed herself to be the Queen of Bohemia, Sterne became notorious for his sexual and sentimental liaisons with other women. His second book, A Sentimental Journey, transmuted his experiences into literary expressions of moral feeling. Dependent for so much of his life on patrons, it was the patronage of the reading public that was to secure his livelihood. Tristram Shandy remains one of the most innovative and influential novels in world literature, and Ian Campbell Ross makes full use of important new materials to examine Sterne's life and career and the cult of the celebrity author.