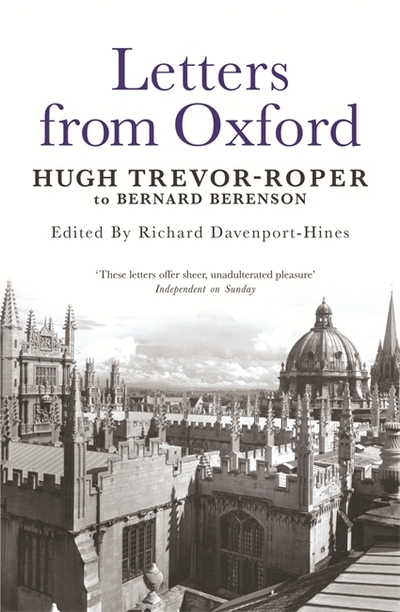 Superbly readable and revealing letters, full of malice and gossip, from a master historianWhen they met in 1947 Trevor-Roper, a young historian at Christ Church, Oxford, was 33. Berenson, the world-famous art critic, was 82, frail but still intensely curious about the world. Trevor Roper promised to write to him and his letters continued until Berenson's death in in 1959. Elegantly constructed, beautifully and precisely written, they are shot through with high-octane malice, sharp judgements and blistering comments, and many wonderfully funny episodes.Trevor-Roper was an intellectual heavyweight, but subjects range widely: several brilliant set-pieces on Oxford college elections, books, journalism, publishing, politics (postwar Europe, ex-Nazis and collaborators, the Cold War, Suez, etc), history and history-writing, personal life (including marriage to Earl Haig's daughter Alexandra after her messy divorce), travel, gossip, and so on.He has a memorable journey on a pilgrims' bus in Persia, goes behind the Iron Curtain to meet Communist dignitaries and speeds in his glamorous grey Bentley to visit duchesses in the Scottish borders. Figures in the letters include Evelyn Waugh, Isaiah Berlin, A.L. Rowse, Anthony Eden, Gerald Brenan, A.J.P.Taylor, Arnold Toynbee, Dimitri Shostakovitch, C.S. Lewis and Harold Macmillan.