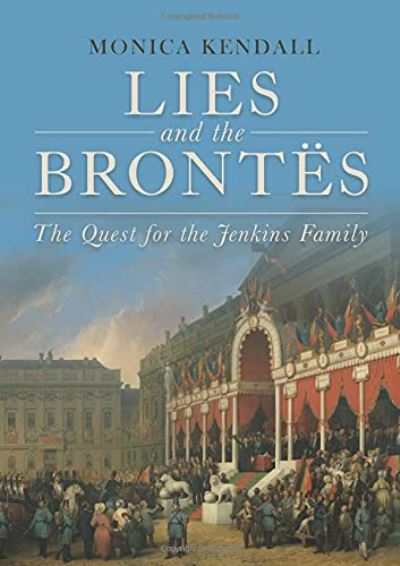 Lies and the Brontes

'Do you like the truth? It is well for you. Adhere to that preference - never swerve thence.' - Charlotte Bronte, 'Shirley' The Jenkins family knew the Brontes in Brussels and West Yorkshire. Eager to learn about them, their descendant read the Bronte biographies, and discovered that no one had researched this family, and, worse, that what was written was fabricated, with one biographer copying another, embroidering, even making up dialogue. Yet Mrs Gaskell had deliberately sought out Mrs Jenkins when researching her famous Life of Charlotte. If it had not been for Mrs Jenkins, Charlotte would never have gone to Brussels, never met M. Heger. There would be no 'Villette', no 'Jane Eyre'. This book purges the lies and identifies one of Charlotte's characters for the first time. It reveals a thrumming wire that connects Byron to Trollope to Henry James, and gives further evidence of the adultery of William Wordsworth's eldest son. Above all, it gives a radical new perspective on the inspiration for Charlotte's novels and those vital two years she spent in Brussels.