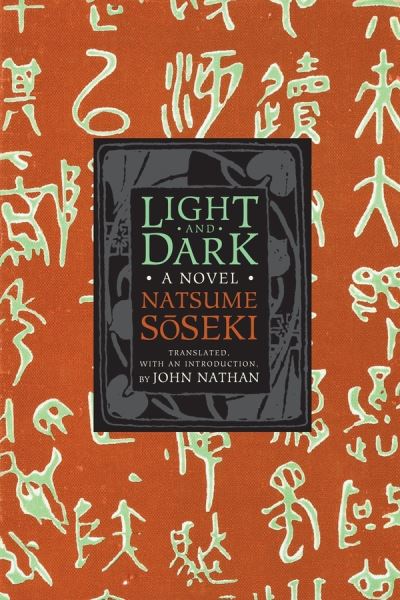 Light and Dark, Natsume Soseki's longest novel and masterpiece, although unfinished, is a minutely observed study of haute-bourgeois manners on the eve of World War I. It is also a psychological portrait of a new marriage that achieves a depth and exactitude of character revelation that had no precedent in Japan at the time of its publication and has not been equaled since. With Light and Dark, Soseki invented the modern Japanese novel. Recovering in a clinic following surgery, thirty-year-old Tsuda Yoshio receives visits from a procession of intimates: his coquettish young wife, O-Nobu; his unsparing younger sister, O-Hide, who blames O-Nobu's extravagance for her brother's financial difficulties; his self-deprecating friend, Kobayashi, a ne'er-do-well and troublemaker who might have stepped from the pages of a Dostoevsky novel; and his employer's wife, Madam Yoshikawa, a conniving meddler with a connection to Tsuda that is unknown to the others. Divergent interests create friction among this closely interrelated cast of characters that explodes into scenes of jealousy, rancor, and recrimination that will astonish Western readers conditioned to expect Japanese reticence. Released from the clinic, Tsuda leaves Tokyo to continue his convalescence at a hot-springs resort. For reasons of her own, Madam Yoshikawa informs him that a woman who inhabits his dreams, Kiyoko, is staying alone at the same inn, recovering from a miscarriage. Dissuading O-Nobu from accompanying him, Tsuda travels to the spa, a lengthy journey fraught with real and symbolic obstacles that feels like a passage from one world to another. He encounters Kiyoko, who attempts to avoid him, but finally manages a meeting alone with her in her room. Soseki's final scene is a sublime exercise in indirection that leaves Tsuda to "explain the meaning of her smile."