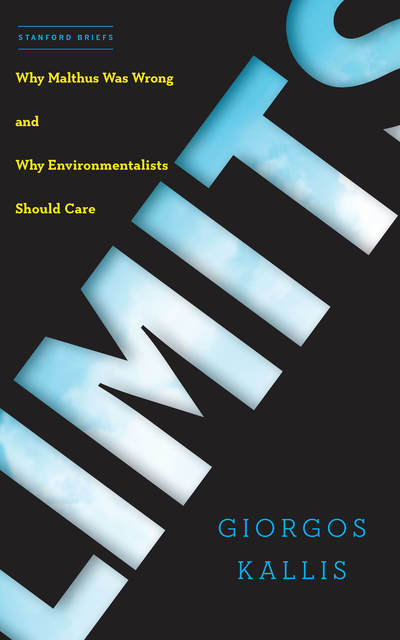 Western culture is infatuated with the dream of going beyond, even as it is increasingly haunted by the specter of apocalypse: drought, famine, nuclear winter. How did we come to think of the planet and its limits as we do? This book reclaims, redefines, and makes an impassioned plea for limits-a notion central to environmentalism-clearing them from their association with Malthusianism and the ideology and politics that go along with it. Giorgos Kallis rereads reverend-economist Thomas Robert Malthus and his legacy, separating limits and scarcity, two notions that have long been conflated in both environmental and economic thought. Limits are not something out there, a property of nature to be deciphered by scientists, but a choice that confronts us, one that, paradoxically, is part and parcel of the pursuit of freedom. Taking us from ancient Greece to Malthus, from hunter-gatherers to the Romantics, from anarchist feminists to 1970s radical environmentalists, Limits shows us how an institutionalized culture of sharing can make possible the collective self-limitation we so urgently need.