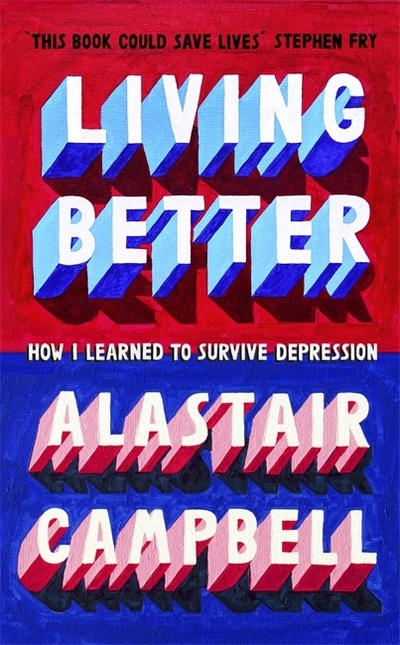 Last Christmas I almost killed myself. Almost. I've had a lot of almosts. Never gone from almost to deed. Don't think I ever will. But it was a bad almost.

Living Better is Alastair Campbell's honest, moving and life affirming account of his lifelong struggle with depression. It is an autobiographical, psychological and psychiatric study, which explores his own childhood, family and other relationships, and examines the impact of his professional and political life on himself and those around him. But it also lays bare his relentless quest to understand depression not just through his own life but through different treatments. Every bit as direct and driven, clever and candid as he is, this is a book filled with pain, but also hope -- he examines how his successes have been in part because of rather than despite his mental health problems -- and love.

We all know someone with depression. There is barely a family untouched by it. We may be talking about it more than we did, back in the era of 'boys don't cry' - they did you know - and when a brave face or a stiff upper lip or a best foot forward was seen as the only way to go. But we still don't talk about it enough. There is still stigma, and shame, and taboo. There is still the feeling that admitting to being sad or anxious makes us weak. It took me years, decades even to get to this point, but I passionately believe that the reverse is true and that speaking honestly about our feelings and experiences (whether as a depressive or as the friend or relative of a depressive) is the first and best step on the road to recovery. So that is what I have tried to do here.