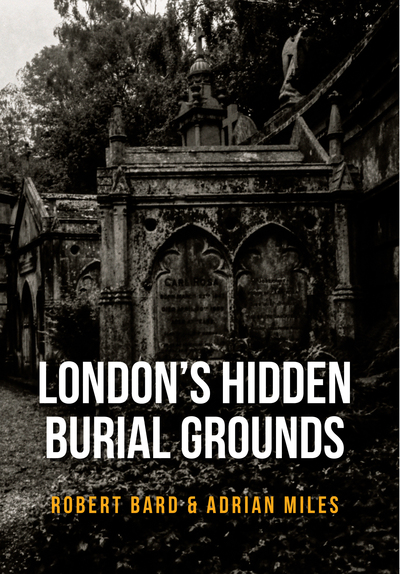 It is fascinating to think that many hundreds of generations of Londoners lie beneath the city without us knowing. Over many centuries burial grounds have been developed, built over and then forgotten, often beneath playgrounds, gardens or car parks. When modern development takes place, remains are disturbed and we are reminded of a London that has long since disappeared, particularly with recent archaeological discoveries across the city. In London's Hidden Burial Grounds, authors Robert Bard and Adrian Miles seek to uncover many of the capital's lost graveyards, often in the unlikeliest of places.