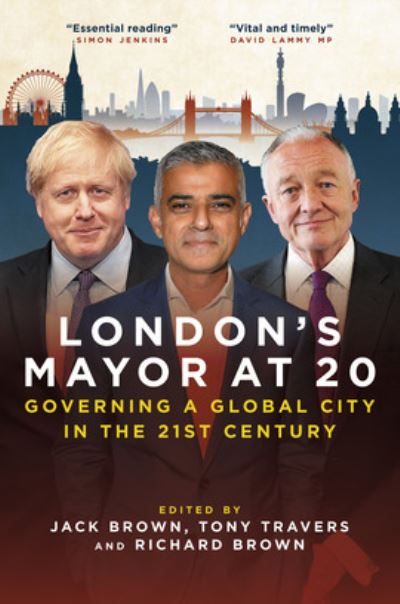 A few months into the new millennium in May 2000, Ken Livingstone became the first ever Mayor of London. In the succeeding two decades, London has undergone a dramatic evolution under three very different mayors, but how has the mayoralty itself changed? How have the capital's challenges and crises been overcome? And is the office still fit for purpose? At a time of tremendous uncertainty for the capital and the nation generally, this ambitious new book marks the twentieth anniversary of the creation of the position of the Mayor of London. It examines how the first three mayors have approached the role with markedly distinct politics, outlooks and styles and how the position has transformed over time to meet the changing needs of the city. London's Mayor at 20 combines expert opinion with reflections from those closely involved in setting up, running and working in the mayor's office. Featuring a foreword by Tony Blair, who played a crucial role in the establishment of the mayoralty, and including interviews with Ken Livingstone and Sadiq Khan, this comprehensive analysis seeks to investigate how the government of London has developed and what the future holds for this modern metropolis.