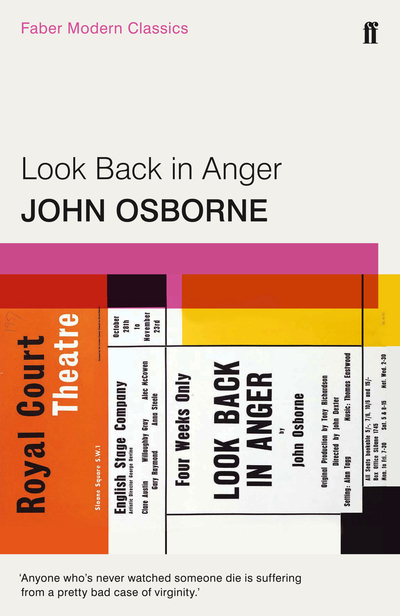 Look Back in Anger

Look Back in Anger transformed the face of British theatre; legend has it that audiences gasped at the sight of an ironing board on a London stage. John Osborne's play launched the 'angry young men' movement, writers from working or middle class background who had become disillusioned with British society, were sick of contemporary theatre's escapism, and wanted their work to reflect life as they knew it. The play tells the story of a love triangle between Jimmy, an intelligent and educated man of working class background, his upper-middle-class wife Alison, and her superior and disdainful best-friend Helena. Jimmy hates his wife's background, almost as much as he hates himself. Dark and savage, Look Back in Anger makes readers and audiences re-examine what was once called 'the good life'.