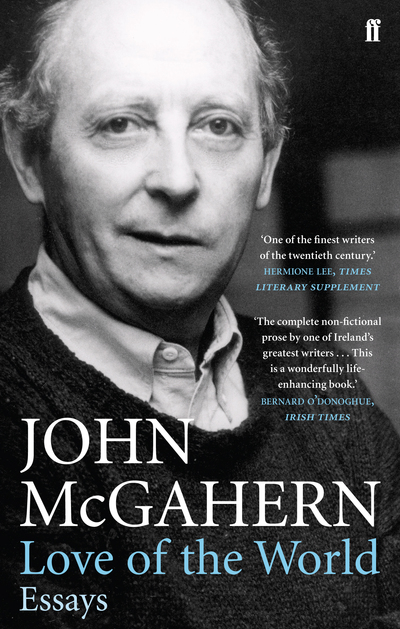 Love of the World

John McGahern did not spread himself thinly as a writer. Nearly all of his creative energy went into what was central for him: the great novels and stories that are now part of the canon of Irish and world literature. Yet he spoke out when he felt he had something worth saying and his non-fiction writings are of great interest to anyone who loves his work, and to all those interested in the recent history of Ireland. This book brings together all of McGahern's surviving essays, reviews and speeches. In them his canon of great writers - Tolstoy, Chekhov, James, Proust and Joyce - is cited many times, with deep and subtle appreciation. His discussions of Irish writers who influenced him are generous and brilliant - among them Michael McLaverty, Ernie O'Malley and Forrest Reid. His interventions on issues he felt strongly about - sectarianism, women's rights, the power of the church in Ireland - are lucid and far-sighted.