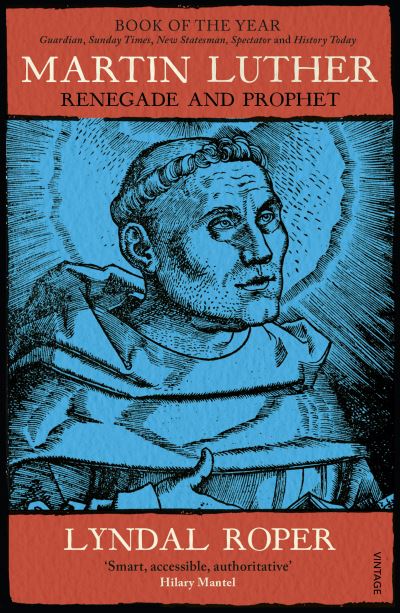 'A magnificent study of one of history's most compelling and divisive figures' Richard J. Evans

When Martin Luther nailed a sheet of paper to the church door of a small university town in 1517, he set off a process that changed the Western world for ever.

Within a few years Luther's ideas had spread like wildfire. His attempts to reform Christianity by returning it to its biblical roots split the Western Church, divided Europe and polarised people's beliefs, leading to religious persecution, social unrest and war; and in the long run his ideas would help break the grip of religion on every sphere of life.

Yet Luther was a deeply flawed human being: a fervent believer tormented by spiritual doubts; a prolific writer whose translation of the Bible would shape the German language yet whose attacks on his opponents were vicious and foul-mouthed; a married ex-monk who liberated human sexuality from the stigma of sin but who insisted that women should know their place; a religious fundamentalist, Jew-hater and political reactionary who called 'for the private and public murder of the peasants' who had risen against their lords in response to his teaching. And perhaps surprisingly, the man who helped create in the modern world was not modern himself: for him the devil was not a figure of speech but a real, physical presence.

As an acclaimed historian, Lyndal Roper explains how Luther's impact can only be understood against the background of the times. As a brilliant biographer, she gives us the flesh-and-blood figure. She reveals the often contradictory psychological forces that drove Luther forward and the dynamics they unleashed, which turned a small act of protest into a battle against the power of the Church.